Unknown (in comprehensible to even to Vekksul)

Champions of the Multiverse Phase 7

Unknown (He is something far beyond a god)

None (age doesn't exist to him)

Supreme Writer/Creator of the entire Multiverse

Creator of the Multiversal Legends universe

Oh myself! That's a lot of people dying. I should do something about it! Nah, that's what heroes are for.Hollister.

The Hollister, B-Sparx Alpha/Omega, the Writer and so on is a cosmic entity and a major character in the Multiversal Legends mythos. He is a cosmic being with immense power surpassing Daevas and even Vekkisul themselves being the wielder of Ultra-Zentipotence making him the most powerful character in the whole mythos if not fiction as a whole. He is the true creator of the entire multiverse as everything is just a figment of Hollister's imagination. Hollister is the embodiment of the creator of the series himself, meaning that everything that happened was actually part of one big epic story he made to see if it's any good so that he could actually entertain himself.

He has a servant simply named The Entity that always seems to accompany the Hollister unless the Hollister wants to be alone by himself. Hollister like Daevas is a neutral being as he is above the concept of good and evil due to it being apart of his creation. He doesn't often interfere with his "writing" due to wanting to simply make a epic story that he would able to tell unless there is something apart of the story he doesn't approve on or a mistake he made which leads him to rewrite reality making him responsible for the many alternate timelines introduced in Phase 3.

He is also Daevas's boss making it clear that even Daevas himself is not as powerful as he seems. It was also revealed that he was he creator of the Malums themselves which kick started his old series he made called BETA. Hollister does have two avatars named B-Sparx Alpha and Omega, whom he used if he wants to play a good guy or a bad guy in his story.

Jack, if you defeat Nekrisul in an epic fashion than I'll will restore everything back to normal. Now don't die now.Hollister making a deal with Jack.

some of the Hollister's personality is easy to comprehend as the rest is beyond the understanding of any being including Vekkisul and the Malums. He is shown to be a cheerful, weird (in a cool way), funny, and pretty chill guy and is often friendly towns others. He is easy to forgive others unless he is really mad which has to take convincing to have him forgive who ever angers him. He won't use his powers to murder because of something makes him really angry unlike Daevas, he is mainly acts as your average person or friend you hangout with.

He is also interested in watching T.V., Movies, and youtube videos since they entertain him as well as giving him inspiration for his works. He can be very talkative as he likes to talk a lot about his ideas and other things he likes. He is rather lazy when it comes to work as being all powerful rarely does give him anything to do. Hollister doesn't often interfere with his work as he supposed to embody the writer himself/herself, so if he interferes with his own work then he won't be able to have a story to tell. Hollister also stated he enjoys playing mortal videos games as well and reading the books the made about strong characters in a good vs evil battles. He rarely uses his powers since he wants to blend in with the humans or just being lazy. Hollister is very affable and has a sense of honor as he does keep his promises to Jack Spark that he would restore multiverse if Jack defeats Vekkisul and Nekrozoth in an epic fashion.

He does care for his friends including The Entity as Hollister does try his best to entertain his servant through the Multiversal Legends series. Hollister does admit he has some projects he had been tinkering before that he never get to finish (though we never see or know what sort of project he was talking about) that he really wants to include in his stories. Hollister is probably the most creative being the mythos as everything including the character themselves was made by him for his epic story and even outright calling himself a genius.

Alright now I'm confused! When ever some cosmic entity appears he or she claims to be the creator of everything until another appears. Now we have this guy!Brandon Banlock

Due to being beyond any comprehension to all beings both cosmic and mortal, the Hollister's true power is a mystery and barely demonstrate his full capabilities. Though due to being the most powerful character in the mythos as he is the true creator of the entire omniverse, Hollister is obviously capable of warping reality in any shape or form. Hollister is also shown to be more powerful to even Daevas and Vekkisul combined as shown that just by doing nothing Vekkisul lost al of his powers making the evil malum mortal. He is omniscient as he knows everything that happens in his story and what would happen later on. Hollister is even omnipresent as he is shown interacting with Jack in his realm while also being in the Edge facing Vekkisul along with Daevas. 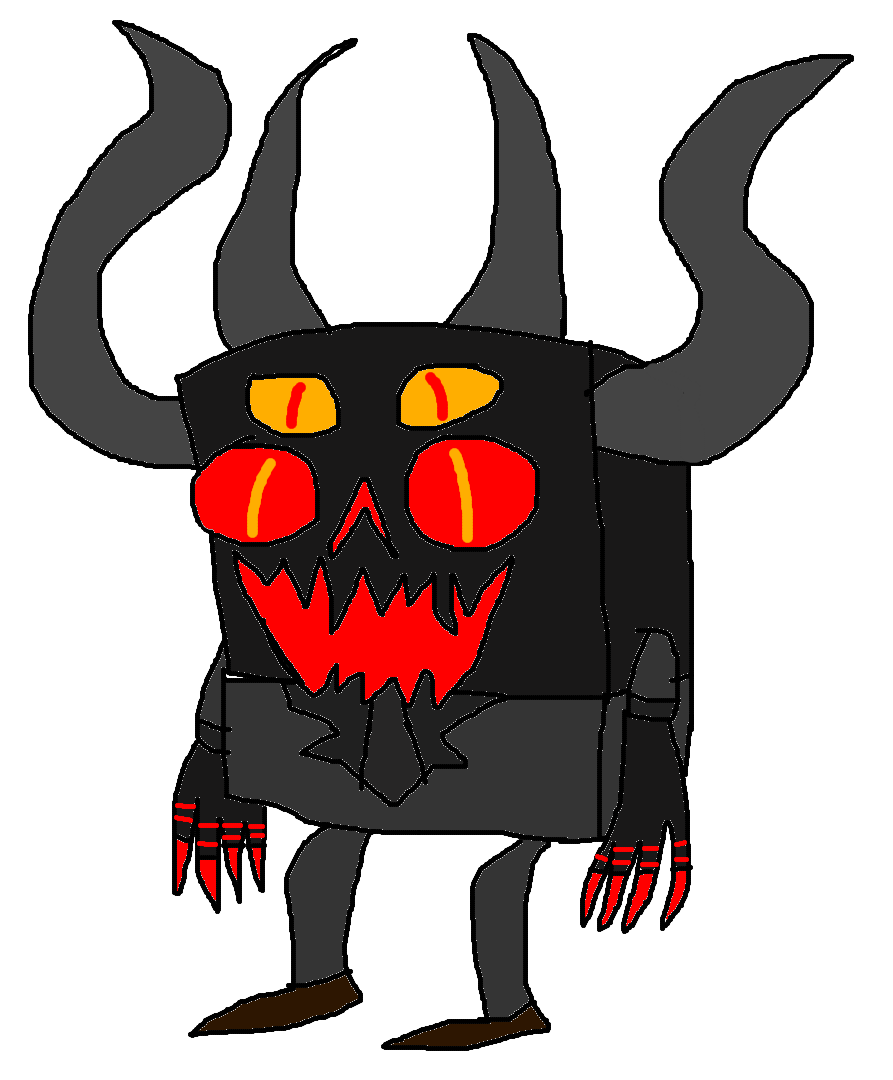